The Cheetah at the Zoo: Preventing Decontented BMWs

One of my most vivid childhood memories is being at the zoo and seeing the cheetah in his pen. The enclosure was far too small for the majestic animal, given its notoriety as the fastest land animal on earth.

I found myself with mixed reactions that day, which is probably why the memory has stuck with me. I was both in awe of the raw power expressed in the confident gait of its pacing, while at the same time feeling a sadness at it’s inability to exercise the talent at which it’s best.

It’s interesting how some situations even today take me back to that day at the zoo.

Two weeks ago I was at a large Toyota store, speaking to the General Manager. I asked him about the store’s current challenges — and we got into a great discussion about the challenge of really knowing his local market and more specifically how they tended to do really well with used Toyota product, but really suffered when taking a chance with other (less known) brands. He felt that that the existing price and inventory tools at his disposal were letting him down — I hear this from dealerships almost every week.

I asked him for a specific example of this problem, and he pointed at a BMW 3 Series that had been sitting on their lot for more than 3 months with very little online activity. The problem with this particular car really originated at time of acquisition, as the trade appraiser bought a low-content BMW that doesn’t have the specific packages that are desirable to shoppers in his local market. So this dealer ended up both owning the wrong car as well as overpaying for it. And there weren’t any warning signals for the appraiser to help him know that he was about to step into a world of hurt on a car with which he was unfamiliar.

It’s interesting how the mind works. This scenario immediately (and vividly) took me back to the cheetah at the zoo. I frequently meet with outstanding used car operators that are being let down by their existing software tools. Tools that should help with situations like that above, but just aren’t getting the job done.

A good used car operator is like that cheetah at the zoo. So much latent potential. But that potential is often trapped by both their immediate environment and surroundings — potential that needs to be unlocked.

Thinking more deeply about the various roles at dealerships — employees are often constrained by the lack of really effective, real-time decision-enabling tools. Evidence of this is that 41% of vehicles sitting on dealer’s lots are aged over 60 days. This is a major and costly problem for dealers, especially in an environment where holding costs for vehicles may start going up in the near term.

How do we free the cheetahs?

Shouldn’t we provide dealership employees with tools that both protect them from harm and improve their decision making ability? Can we provide them with an always-on insurance policy that works on their behalf, preventing them from ever making a mistake like the one mentioned above — taking cars into stock that don’t have the right features and options that are going to sell well in their local market?

The industry can and should do better. Let’s unlock the potential of dealership employees to make better decisions, and we all benefit as a result.

Save the cheetahs. Let them run free.

VINFactor is revolutionizing the way that dealers think about vehicle acquisition and pricing. Distilling data from over 20K dealerships, 5M live pieces of vehicle inventory per day and 45M vehicles sold per year, VINFactor offers 24/7 protection against a dealer ever making an inventory or pricing mistake again.

The Automotive Industry is Way Behind

Why VINFactor and Why Now?

The quickest way to a promotion at your dealership. Just don’t tell the boss

The Cheetah at the Zoo: Preventing Decontented BMWs 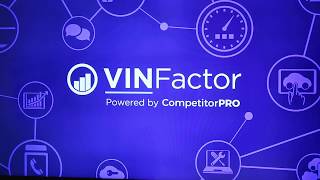 Can We Prevent Dealership Employees From Ever Making Bad Decisions?

The Automotive Industry is Way Behind

Why VINFactor and Why Now?